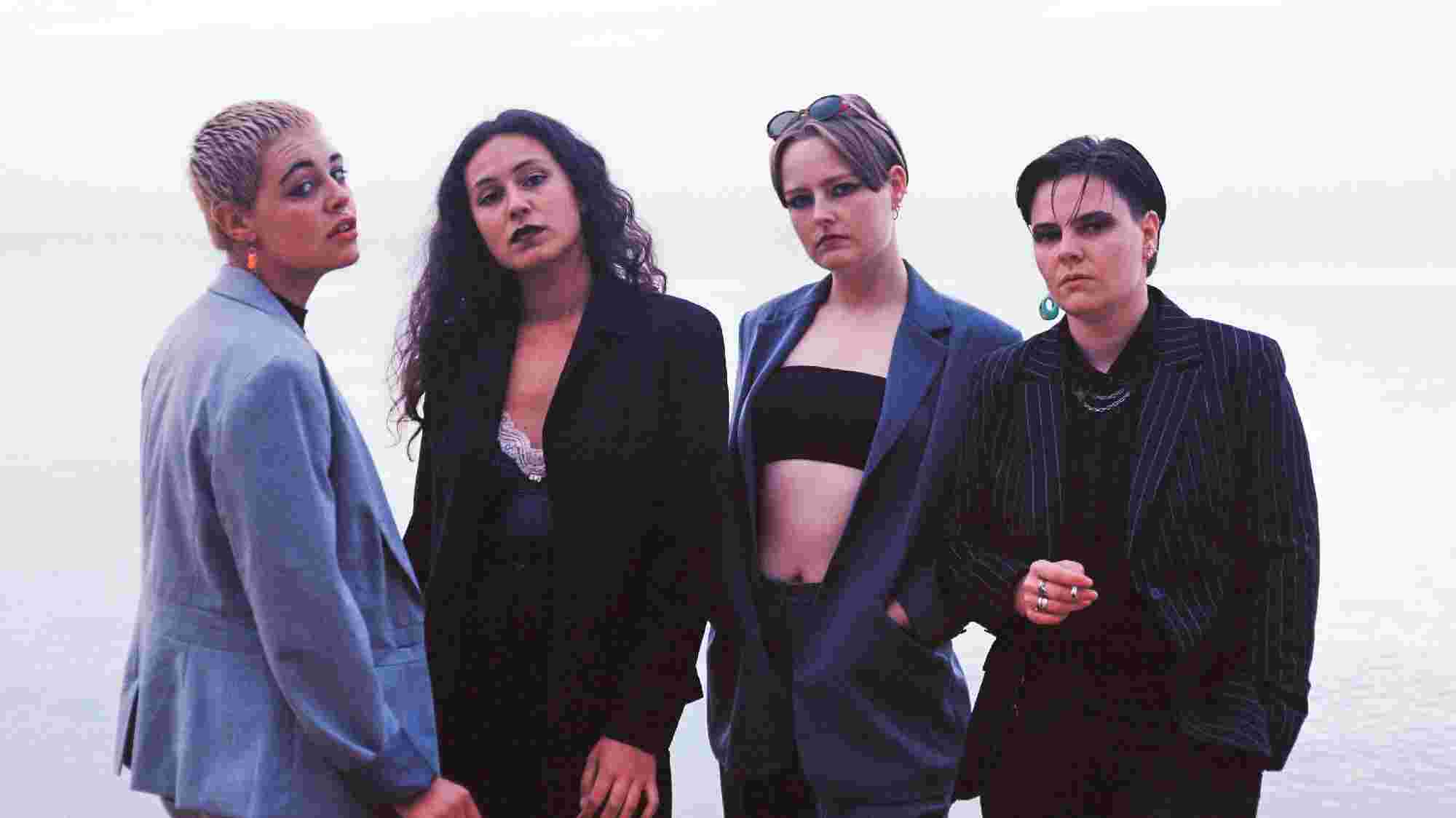 Next week is the second Changes Music Conference in Melbourne. Over 100 speakers, 100 artists, 20 showcase curators and 10 venues will all team up over the course of two nights (July 3rd and 4th) to highlight the importance of progressive discussions within the music community. It’s a very important event in the landscape of what makes the Melbourne music scene more important than just the music itself. And no band on the 2019 Changes bill is more in demand right now than Hexdebt. Their album launch in May was near impossible to get a media pass to, even months out. A good indication that a band is a hot ticket.

They released their debut album Rule Of Four on April 26th and it’s a whirlwind experience that takes many spins to get an understanding of how to process its power and multitude of tough messages. They blaze fire like Savages, White Lung or Cable Ties, but even with those comparisons, they surpass containment — so much so you’d assume they don’t drive with side mirrors. Actually they probably don’t even drive on the road, they’re more of an off-road 4WD who’ll make your Google Maps app crash. But this isn’t a band trying to emulate the past; they’re living in the now and there’s a sense of how brittle making music can be — go hard or go be an accountant. After the 27 minute album, you’ll need a jug of water, a massage and probably a stroll on the beach to regain yourself and prepare yourself to do it all over again.

You can catch Hexdebt play the Future Popes showcase on July 3 at 11.30pm. Until then, they’ve sent us a Trading Tunes. “We chose artists who we feel discuss issues/ideas in their music or through their live performance that often go unspoken about, and that to us, embody social change within the music industry”.

“This one speaks for itself. Briggs has been an incredible force during dark times in Australia, and always deals with difficult subject matter with an incredible balance of humour and severity.”

“Chai are another example of artists who subvert the stereotypes thrust upon them – in their case, the idea of kawaii/cute and the potentially racist and sexist undertones that come with these labels. Chai’s ‘Great Job’, like Briggs, also has a sarcasm to it that we love. And their rhythm section is incredibly tight!”

“Sateen are a married wife duo who are fiercely unafraid to be both outspoken and vulnerable. They have been endlessly touring the US playing pride festivals and raising awareness of queer and trans issues. Their songs are so fun and well produced, and their outfits hark back to a vintage queer glamour that Hexdebt gets around.”

“Kaiit‘s music has a classic quality to it, but the earnestness of her lyrics completely embodies change to us. Kaiit discusses every day issues with the weight they deserve, and doesn’t shy away from acknowledging insecurities about her music, even in the music itself.”

“Surfbort‘s commitment to unwavering kindness and friendship can be almost confronting – it’s definitely a surprise to see a renegade group of punks talking about love and friendship so freely. Surfbort seem unconcerned with their image, and frontperson Dani Miller uses her platform to discuss social issues around her without isolating those who might not know about what she’s discussing. We love the balance of anger/rage with the lighthearted/upbeat.”